On the ninth day of Christmas 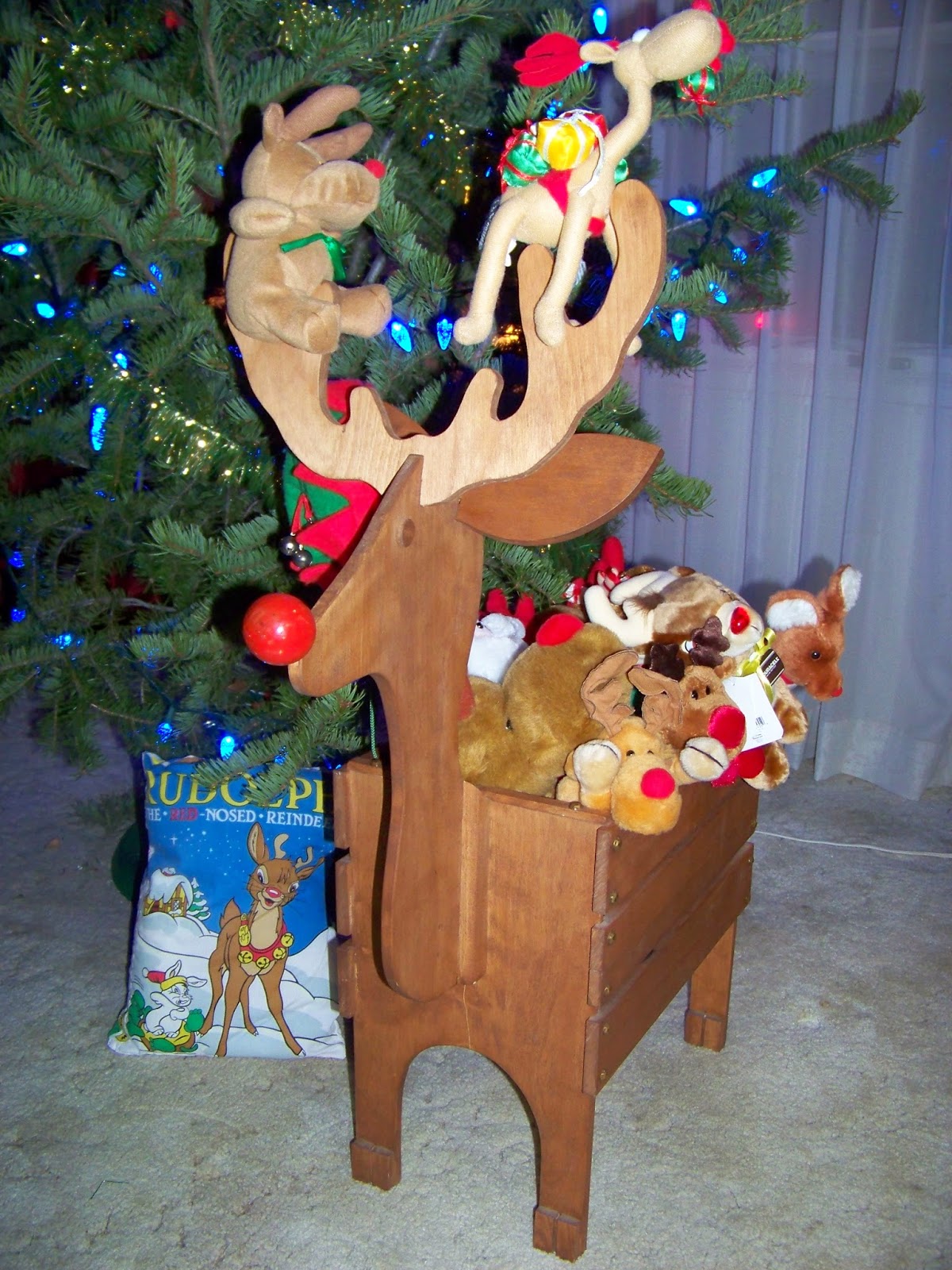 Hi, I’m Norma T. Rudolph. I’m new to the Creative Prose group of authors, and so excited to introduce myself.

When your last name is Rudolph, the holidays can be a lot of fun. On the ninth day of Christmas I give to you Nine Reindeer Prancing. Nine, you ask? Yes, nine.

In Wikipedia we read that “In traditional lore, Santa Claus's sleigh is led by eight reindeer: Dasher, Dancer, Prancer, Vixen, Comet, Cupid, Dunder (variously spelled Donder and Donner), and Blixem (variously spelled Blitzen and Blixen), with Rudolph being a 20th-century inclusion.
The names of Donder and Blitzen derive from Germanic words for thunder and lightning, respectively.”

As you see, Rudolph makes nine, and he is the most famous reindeer of all . . .

The original idea of reindeer pulling Santa’s sleigh is generally attributed to a poem written by Clement Clark Moore called “‘Twas the Night Before Christmas.” That poem was written in 1923, but it wasn't until 1939 that Rudolph joined the team. His story was written by Robert L. May and published by Montgomery Ward as a giveaway booklet for their customers.

The story didn’t really take off however until Robert May’s songwriter brother in law, Johnny Marks, adapted the story into a song, which was then picked up by Gene Autry in 1949. That song was such a hit that the story went on to became movies, comic books, cartoon shorts, and all kinds of memorabilia that can be purchased at Christmas still.

Our Rudolph family traditions have also developed over the years. We have had to develop a good sense of humor about the whole thing. For instance, if you call my brother in law over the holidays you may be asked to leave a message at the sound of the shiny red nose.

It is interesting to note that the story almost didn’t make it into publication because of the shiny red nose thing. Back then a shiny red nose was associated with being a drunk. I assure you that my particular family of Rudolphs does not drink, so any red noses are strictly a result of playing in the snow in bitter Wyoming weather.

At our house for Christmas we decorate with lots of reindeer. We have a collection of stuffed reindeer that we have gathered over the years. We also have reindeer ornaments, reindeer tins, reindeer toys, Rudolph costumes. One year I even bought all the girls one piece brown pajamas with Rudolph slippers built into the feet. Yeah, that may have been a little over the top . . . they were not impressed. But hey, I couldn’t resist. Even our car has a red nose and antlers this time of year.

When carolers come to our house they always sing Rudolph the Red Nosed Reindeer. Luckily we don’t get many sets of carolers or that could become a bit annoying.

Even Halloween can be extra fun. My daughter who is on a mission needed a costume for a church party. Easy peasy; put on some antlers and a red nose and she’s Hermana Rudolph, complete with name tag.

I won’t bore you with the story of Rudolph, because it is generally well known, but if for some reason you are not familiar with it (say maybe you’re an alien who grew up in an invisible city in the badlands of Wyoming like some of the characters in my upcoming book) it is easily available online.

I invite you to join the Rudolph fun by winning your very own set of antlers and a blinking red nose in a Rafflecopter giveaway (click the link). All you need to do is follow me on twitter and you will be entered to win. I’ll try to get them to you before Christmas but it may be tricky as it's getting pretty late.

Follow my blog at http://normasnovels.blogspot.com/ for updates on my upcoming book and any other crazy Rudolph ramblings that pop into my mind.