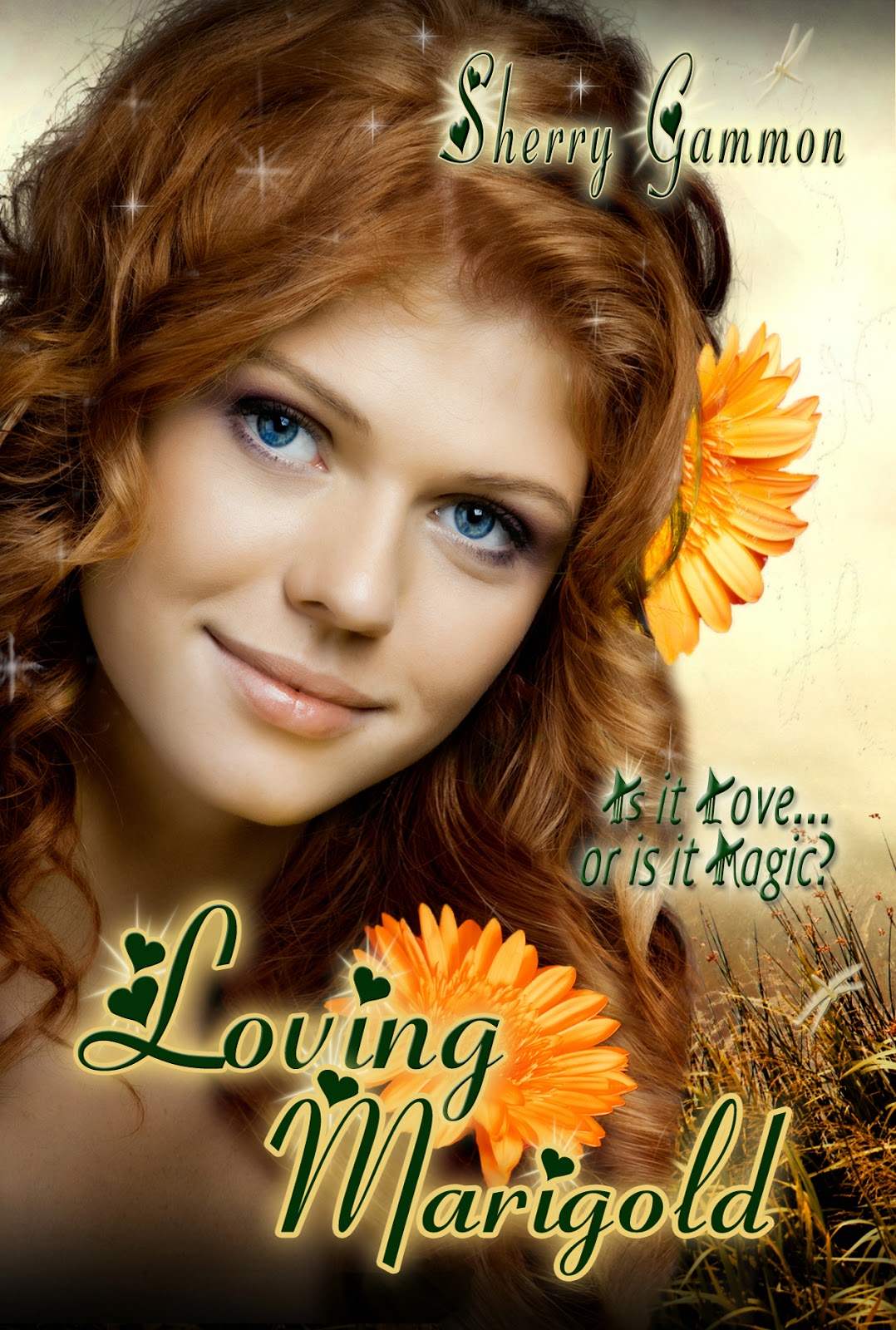 Excerpt #1 (Back in high school)
Marigold
“You actually believed Jack liked you, didn’t you?” Felecia asked, flicking a strand of my frizzy hair.


I snapped my head up and glared into the girl’s watery gray eyes. “Is that why you lied and told him I had a boyfriend and couldn’t come to the party?” At least, I hoped that was what happened, because if Jack really didn’t care about me . . . I shivered at the thought.
“We know you’ve put a spell on him, witch. He wanders the halls searching for you between classes, and Fiona caught him doodling your name on his notebook,” Felecia bit out between her clamped teeth. “He’s clearly bewitched.”
“So you’re protecting him from me then?” I asked, stepping toward the twins.
“That’s right.” Fiona offered up a nasty sneer. “I saw him first, and since I can’t compete against your black magic voodoo, I invented a boyfriend for you. Now Jack thinks you’ve been playing both ends.”
I moved even closer as they each crept back. “Wh-what does it matter, witch?” Felicia said, her hands shaking. “He’s leaving in the morning for Port Fare. You would have lost him anyway.”


I stopped. They had a point. What did it matter? The boy I loved was leaving. The only person ever to have defended me against the witch taunts. I turned for the door, but stopped when I heard the twins’ snide laughter. It burned hot in my stomach. Before clearing the door, I casually flipped my hair over my shoulder, or at least I hoped it looked that way to my classmates. Only the gesture meant so much more. Through my strands of hair, I wiggled my index finger at the Farious twins. A stink rose from the girls so vile people actually tripped over themselves in an effort to escape. When the unmistakable noises started, laughter filled the room and fingers pointed at the girls who would forevermore be known as the Fartious twins.


Since coming back I’d only seen her a few times, the first being about two months ago. She was crossing the road bringing her herbs and oils to the tourist shop next to the station to sell. My heart flipped over in my chest. She looked good. Better than good. Beautiful. Her skinny, stick-like body had filled out nicely with its womanly curves. She’d changed the way she wore her hair. In high school she usually had frizzy, untamed curls or she’d keep it tethered in a fluff-ball of a ponytail. Now it hung in long soft curls that made me want to reach out and touch each and every one. I watched her cross to the shop and disappear inside the station. I just stood there like a dummy without saying a single word.