Fellow author Cindy C Bennett and I have created a publishing company titled Creative Prose Publishing (CPP). We are super excited for this venture and we're already being inundated with awesome manuscripts from quality authors! Hope on over to our web page and check us out!

We created CPP to fill a void in the publishing world. Novels focusing on erotica or with graphic sex and language are easy enough to find, so much so that finding a clean novel can be a challenge. At CPP we hope to change that.

Our company focuses on all genres of clean fiction from middle grade through adult. We are open to contemporary, fantasy (high or low), dystopian, historical, romance; basically anything except graphic novels, as long as it is clean. By “clean” we mean free of an overuse of crass language (some mild language is okay in YA and adult), overtly graphic violence (violence that pertains to the story is fine as long as it isn’t extremely graphic), or blatant and/or graphic sex—think: fade to black/behind closed doors.

Please note: We do not believe in censorship in any form. Our company goal is to promote authors who choose to write clean fiction.

Thanks for stopping by!
Sherry Gammon

Posted by Author Sherry Gammon at 5:00 PM No comments:

The Colony by Cami Checketts


The Colony by Cami Checketts
To protect her sons from the mistakes of her past, Brinlee Trapper escapes to a secluded mountain home. But there are dangers lurking in the mountains she has never encountered. The little family is saved from injury by Jed, a mysterious hunter. Brinlee is drawn to him, but she worries about his involvement with a peaceful commune hidden deep in the mountains behind her property.
Lance, Brinlee’s attentive neighbor, has his own troubled history. Between his obvious attraction to Brinlee and his developing love for her children, Brinlee finds it more than difficult to guard her heart against this tender intrusion.
While Jed offers a life of excitement and freedom, Lance holds the key to the family Brinlee always wanted. When it comes time to choose, she learns that both men have secrets that could shatter her fledgling trust in men and the wrong decision could leave more than her heart exposed to danger.
My Thoughts:It was interesting for me to be in on the editing process for this book.  It was fun to see how the book evolved, while she stayed true to herself and her writing. Cami writes an interesting story. I LOVED this book! What I enjoyed the most was NEVER knowing which guy was the right guy for Brinlee. One chapter I was sure it should be Lance. Then the next chapter I'd change my mind and pick Jeb. The story was surprising and unpredictable. I enjoyed every moment of it. Cami did a great job creating suspense and intrigue. Thanks for a great read!!
Praise
“Cami Checketts is a genius! She writes about topics that aren’t widely discussed, in and out of books, and she does such a brilliant job of crafting these things into wonderful stories that touch your heart and remain with you for days afterwards.”  ~Myra, Reviewer, Pieces of Whimsy
Grab your copy for just $2.99!

Author Cami Checketts
Cami Checketts is married and the proud mother of four future WWF champions. Sometimes between being a human horse, cleaning up magic potions, and reading Bernstein Bears, she gets the chance to write fiction.
Cami graduated from Utah State University with a degree in Exercise Science. Cami teaches strength training classes at her local rec and shares healthy living tips on her fitness blog: http://fitnessformom.blogspot.com.
Cami and her family live in the beautiful Cache Valley of Northern Utah. During the two months of the year it isn’t snowing, she enjoys swimming, biking, running, and water-skiing.

Blog Tour Giveaway $25 Amazon Gift Card or Paypal Cash Ends 2/6/14
Open only to those who can legally enter, receive and use an Amazon.com Gift Code or Paypal Cash. Winning Entry will be verified prior to prize being awarded. No purchase necessary. You must be 18 or older to enter or have your parent enter for you. The winner will be chosen by rafflecopter and announced here as well as emailed and will have 48 hours to respond or a new winner will be chosen. This giveaway is in no way associated with Facebook, Twitter, Rafflecopter or any other entity unless otherwise specified. The number of eligible entries received determines the odds of winning. Giveaway was organized by Kathy from I Am A Reader, Not A Writer and sponsored by the author. VOID WHERE PROHIBITED BY LAW. 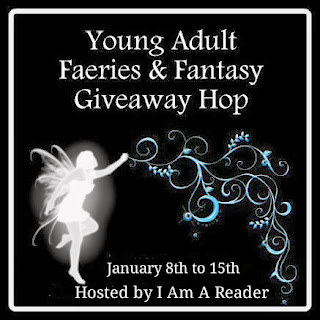 Welcome to the Young Adult Faeries & Fantasy Giveaway Hop. For this hop I will be giving away 2 paperback copies of the following books. (USA winners only. International winners will receive and eCopy)


First is my YA Fantasy titled Not So Easy. It is the book that I am the most proud and I hope you will enjoy it also: 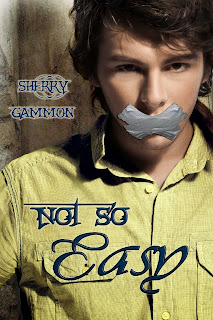 Senior Max Sanchez has it all.

He's the star pitcher for Port Fare High's baseball team. He's dating the head cheerleader, Emma McKay, and he has a great group of friends.
Junior JD Miller's life is Not So Easy.
Unlike Max, JD struggles with making friends. He's a social misfit, and he's being bullied at every turn. He's also barely surviving.
A tragic accident changes everything, merging their lives together, and Max soon learns that life is NOT SO EASY.
I am also including my fun short story Pete & Tink, a YA fantasy: 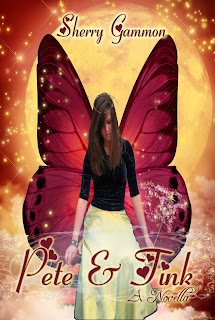 Pete Pancerella loves two things in life: Video games and Spongy Cremes.
He’s happy, content; and he’s also a geek.
All that is about to change when his mother wishes upon a star and Tink answers the call. But will it take more than a five-and-a-half inch faery to whip this manga-loving goofball into shape?

*Please note the covers on the winning books you receive may be different as I recently changed them.

To win these books you will need to join the mailing list to my new publishing company Creative Prose Publishing. I started this with author Cindy C Bennett. Our goal is to publish clean romantic novels from young adult to chick lit! Check us out!

Posted by Author Sherry Gammon at 2:26 PM No comments: