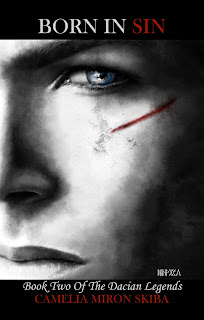 BLURB:
Loathing the thought of his beloved Oriana in the arms of another man, fearless Zyraxes delivers death upon the Roman enemy. With only the rugged land as his bed and the sky as his blanket, trouble finds him often.
Summoned to aid Oriana’s father in the war against two powerful enemies—one of them Oriana's savage husband—Zyraxes proves himself worthy of more than just noble titles and coin. But he wants none of it. What he wants is her.
When Zyraxes discovers a broken and nearly dead Oriana, though forbidden, he disregards her father's orders to leave her to her death, and instead chooses to protect and conceal her. Will saving her be enough to win her heart? Will his part royal lineage make him worthy of her love?

EXCERPT:
Who am I? Before Bastisza spoke to me I knew. Now … not anymore. I was the son of Polpium per Flavius, mender for King Decebalus. My mother the beautiful Medina of who people spoke as if she were a goddess. We lived a simple life in King Decebalus’ fortress with Father helping the ill, Mother embroidering for the king’s family, and me playing with Ilias, Galtys, and Ursus, daydreaming of the warriors we were meant to become. Mother taught me how to sing. Father shared his knowledge of herbs and medicinal remedies. I lived a sheltered life and had no siblings. Or so I thought.
Until one ill-fated night when everything changed.
I think of all the beds I’ve shared, women without a name or place where I shan’t return. Never more than a fleeting night spent in their arms, never so much as a wandering thought. They desired someone to warm their beds and who was I to deny their pleasures? Compared to Oriana their memories wither as darkness yielding to a new day.

My thoughts: Born in Sin is a fascinating short story. It is captivating from the first page. I loved the Alpha male Zyraxes. He is a strong and determined man, bent on saving his people and set on his love for Oriana. He risks it all for her. The man is a swoon-worthy character. This story is action packed and a must read for anyone who loves historical romances. Author Skiba never disappoints! 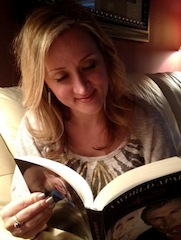 I’m a dreamer
I’m a sinner
I love my books
I conjure hooks
And heroes with good looks
Romance is my guilty pleasure
Taking me to places with new decor
Come join me if you dare
I promise not to bore
If you like to read my stories
Pray my husband continues snorin’
For he’s the one who keeps me up at night
When I give my heroes wings and flight.