Cinderskella by Amie and Bethanie Borst!

Cinderskella by the mother daughter team of Amie and Bethanie Borst! 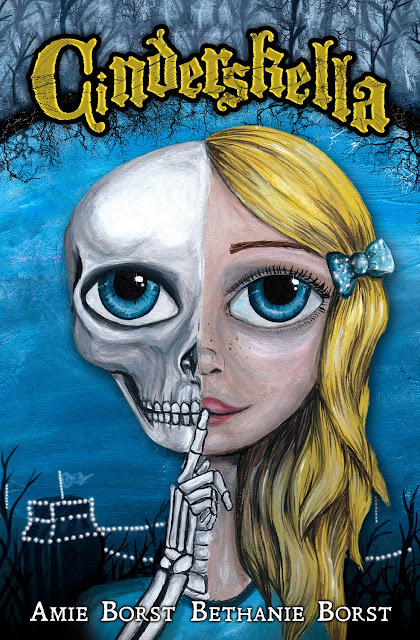 Cindy is just a normal eleven and three-quarter year-old. At least until she wakes up one night and finds out she’s dead. Well, she isn't technically dead—she just doesn't have any hair . . . or a nose . . . or skin. Yep—all bones, no body.
Human by day and skeleton by night, Cindy is definitely cursed. And because her mother recently died, Cindy has no one to turn to except a father who’s now scared of her and an evil stepmother who makes her do the housecleaning with a toothbrush. To make matters worse, the Spring Fling dance is approaching, and Ethan, the cutest boy in sixth grade, doesn’t seem to know Cindy exists. Of course, Cindy doesn’t think letting Ethan find out she’s part skeleton is the best way to introduce herself.
While facing such perils as pickled pig’s feet, a wacky fortune teller, and a few quick trips to the Underworld, Cindy’s determined to break the curse—even for a single night.
Click on link to purchase Cinderskella at:
Amazon
Barnes & Noble
Books-A-Million
Add it to your to-read shelf on Goodreads!
Guest post!
I would say I’ve always been a writer, as it has been part of my life in some form or another since as long as I can remember.  Even as a child I wrote poems and short stories. So when I was in college, it was instinctive to take all the writing and English classes available to me. But as I studied, something else called to me; music. It had been one of my earliest passions as well.
It wasn’t just music though, it was the theatre bug. And it had bit me big time! I put my writing away and pursued the stage. For the next twenty years my life centered around music, theatre and the related arts. I sang, played piano, performed on stage in musicals and plays, composed music and even recorded some original songs in a studio.  Between my husband, three children and all these gifts, my life was fulfilled.  Although I’d been writing song lyrics for quite some time, it wasn’t until 2008 when I realized how much I missed creative writing.
At that time the Twilight frenzy was starting to sweep the nation and I found a passion in writing again, mostly poems and short stories. But then I decided to tackle a novel and I completed my first young adult manuscript.  It queried well, but those full and partial requests ultimately ended in rejection.  My first novel turned out to be just that – my unpublishable first novel.  Despite that status, it did become something invaluable to me – experience! The best way to learn what you’re doing right is to learn what you’re doing wrong. I viewed my failure as a sign of my potential.
We all know that best way to improve skills is to practice every day.  We tell it to our children, we know it from experience.  So I kept working. For me, though, it doesn’t always mean adding to a manuscript. Often I see author friends who pound out words every single day, quickly accumulating word counts in their novels. I wish I could do that, but I can’t. Sometimes I go weeks without writing a novel. Forcing inspiration has never worked, and as both a musician and an author I realize how important it is to just go with the flow. If I don’t write for a few weeks I don’t let it get me down because I know the efforts I put forth are helping. But when inspiration strikes I make sure I’m at that computer writing feverishly until every ounce of it has poured onto the page.
During this time that I’ve been writing, I’ve missed music. My heart aches for it. My fingers yearn to tickle keys, not just the ones on my laptop, but the ones on my piano. I’m learning balance as tricky as it might seem. Balance with my family, my writing career and my passion for music. I’ll keep writing. I’ll write until every story brewing in my head has found its life on the page. But music will be there, helping me along the way. 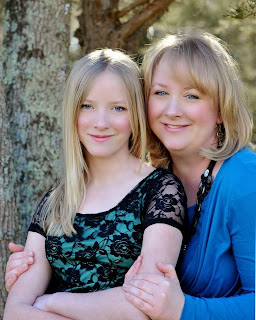 Amie and Bethanie bio’s
Amie Borst still believes in unicorns, uses glitter whenever possible and accessorizes in pink. She enjoys eating chocolate while writing and keeps a well-stocked stash hidden away from her family. A native New Yorker she currently resides in Northern Virginia with her husband, three children and a cute dog named Lily. She wishes she had a hot-pink elevator with carnival lights to travel the world. But for now, her minivan will have to do.
Bethanie Borst is a spunky 13-year-old who is an avid archer with Olympic dreams, enjoys the outdoors, loves reading and is quick to make lasting friendships. When she is not writing, she swings on a star.
You can follow Amie and Bethanie on facebook at www.facebook.com/AmieAndBethanieBorst
You can find Amie at her blog www.amieborst.com, twitter, www.twitter.com/AmieBorst and pinterest www.pinterest.com/AmieBorst


a Rafflecopter giveaway
Posted by Author Sherry Gammon at 12:00 AM