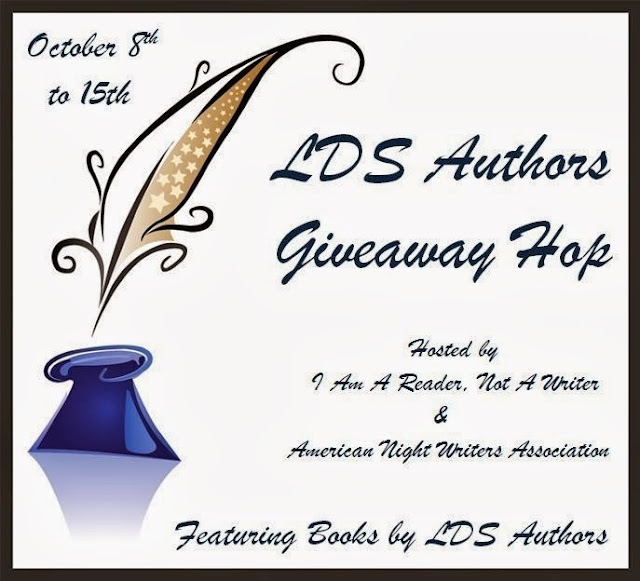 Featuring Books Written by LDS Authors
Hosted by I Am A Reader, Not A Writer & American Night Writers Association
October 8th to 15th

I am giving away an ecopy of a new fantasy novel by LDS authors Cindy C Bennett, Stephanie Fowers, and me, Sherry Gammon, titled A Fantasy Christmas! Not only that, but I am including three additional eNovels, one from each author!

What do Witches, Elves, and Greek Gods (Oh My) have in common? They are part of the romantic Christmas anthology, A Fantasy Christmas, written by Cindy C Bennett, Stephanie Fowers, and Sherry Gammon. This exciting collection of fantasy stories will be available on November 1st.

Check out our blog for A Fantasy Christmas and get a sneak peak at two of the three covers and blurbs for all three stories!!

You will also win these eBooks: 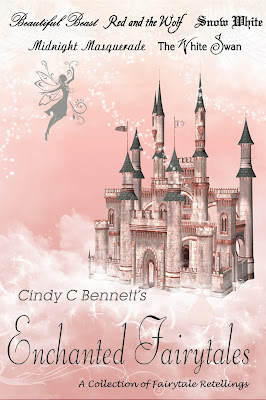 Enchanted Fairytales is a series of short stories based on beloved fairytales from the imagination of Cindy C Bennett. The stories are written as if the fairytales never existed. are contemporary, some are paranormal, some have elements of fantasy or magic. Stories include: Beautiful Beast, Red and the Wolf, Snow White, The Unmasking of Cinderella, and The White Swan

Cindy C Bennett is the YA author of several books. She lives in Utah with her two daughters. Both of her sons have married, giving her two more daughters (in-law). She loves gooey cookies, dark chocolate, and cheese popcorn. She hates housework and cooking, and has no plans to become a domestic goddess. She occasionally co-hosts a geek podcast with her son, called Geek Revolution Radio. Her favorite pastime - other than writing - is riding her Harley.


With A Kiss by Stephanie Fowers 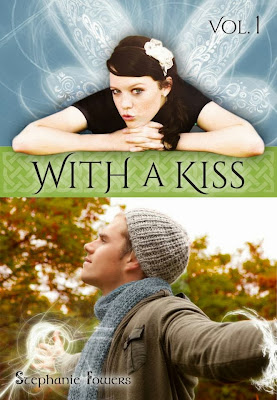 Faerytales are real . . . they just haven't happened yet. Halley Starr finds out the truth when she loses her heart with a curse. Now she has to get it back from that dirty faery who stole it from her, but first, she must fight against the seven rules of the faery kingdom that mortals must never break. But if Halley wants her heart back again, she can’t worry about the rules.

Stephanie Fowers bio: Stephanie loves bringing stories to life, and depending on her latest madcap ideas will do it through written word, song, and/ or film. She absolutely adores Bollywood and bonnet movies; i.e., BBC (which she supposes includes non-bonnet movies Sherlock and Dr. Who). Presently, she lives in Salt Lake where she's living the life of the starving artist. Be sure to watch for her upcoming books, including YA fantasy, science fiction, mysteries, a Christmas anthology, and more--many more--romantic comedies. May the adventures begin. 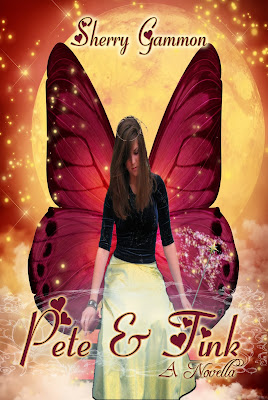 Pete & Tink is a Novella by best-selling author Sherry Gammon
Pete Pancerella loves two things in life: Video games and Spongy Cremes.
He’s happy, content, and he’s also a geek.
All that is about to change when his mother wishes upon a star and Tink answers the call. But will it take more than a five-and-a-half inch faery to whip this manga-loving goofball into shape?
Sherry Gammon Bio: Sherry has written several YA novels, one of which is being made into a movie! She and her husband, along with their children and a couple of crazy dogs, call Upstate New York home. It is where she spends her nights writing instead of sleeping.
a Rafflecopter giveaway ;