My review of Vengeance

Blurb:
In dystopian America, sixteen-year-old Kaleigh finds out quickly what having a big mouth and not enough brains to keep it shut can earn you. A one-way ticket to the work camps that no one even knows exists.

Nuclear war has ravished the nation, and a century later, the survivors are living in an entirely new world. In a society where everything is decided for you, from where you work to who you marry, dissidence is not taken lightly.

But, even inside the camps, Kaleigh’s fiery spirit refuses to be extinguished. In a single moment of defiance, she manages to spark a riot that ignites into a full-blown rebellion.

With growing numbers counting on her, not just for their freedom, but for their very lives, two different boys vying for her heart, and trouble brewing from within the camp itself, can Kaleigh find a way to step up and become the leader everyone is counting on her to be, or will even the most carefully laid plans come crashing down around her?

My Thoughts: I'm a big fan of Jamie. I find her writing fresh and witty. This novel does not disappoint. Plenty of action in Vengeance, and humor!! I could not but help wonder if this was how it was during Nazi German days with its repressive government and totalitarian regime Kaleigh and Connor are the main characters I enjoyed, each are very likable. I also cried for Peter.  This is a story that doesn't disappoint! Jamie as an awesome series going here!!
FIVE Happy Faces!!

Blurb:
Things aren’t always as they seem. In fact, in a world of secrets and lies, almost nothing ever is. But, Kaleigh made her choices and now she has to live with the consequences.

Haunted by her guilt, Kaleigh is forced to question everything she thought she knew. From friends and foes, to loyalty and love, she’s quickly losing faith in herself and those around her.

Everyone she cares about has been launched to the front lines, but can Kaleigh find the strength within herself to keep fighting? Or, surrounded by loss, deceit, and betrayal, will her fiery spirit finally be extinguished? 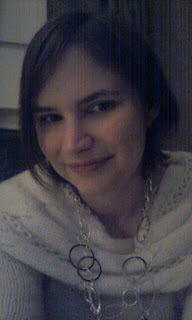 Author Bio:
Jamie Canosa is a full time author of YA literature, which she absolutely loves. When she’s not writing or spending time with her family, she can usually be found with her nose in a book. She currently resides in Ravena, NY with her wonderful husband and three crazy kids . . . plus the dog, the bird and the rabbit.
Her debut novel, Dissidence, was published in 2012 along with several novellas, including ‘Temptation’, the first in her Heart and Soul mini-series, and her contemporary NA romance, Fight or Flight.

She currently has several projects in the works. Another (spin-off) contemporary NA romance, Sink or Swim, coming in July, the fourth and final installment of the Heart and Soul series coming in August, and the sequel to Fight or Flight, entitled Now or Never due out this fall.