She fell into his world, unaware of the key she carried and the doors it opened; a world where darkness waited to be set free ... The wait is over
Do You Believe?

When Cepheus, a dark god, forces seventeen-year-old Ally Ashworth off an isolated overlook, she has no idea she's falling into his world, or that the necklace she’s wearing is actually a key -one with the power to ignite the next world war. But she’s carried beyond his reach and into the one place where he’s powerless ... the forest of Gilgamesh.

Ally’s never been Miss Popularity, but her outsider status takes on new meaning when she’s rescued by Liam Cheveyo and his peculiar friends. After seeing them shape-shift into their freaky humanimal counterparts, Ally smacks hard into a few truths: magic really does exist and, although getting here took no effort, finding her way back might be impossible.

Feelings between her and Liam begin to grow along with the realization that, in this world, she’s stronger, better ... until she’s caught in a trap set by the creepy spider-boy Cepheus sends to retrieve her.  But Ally’s not going down without a fight, not after learning the horrible truth about the passageways.

The survival of both worlds depends on it. 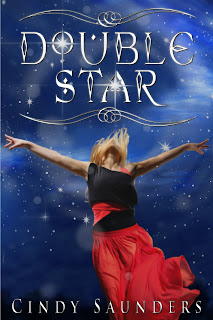 “What I am going to tell you needs to stay here, for now. Once I explain, you will understand why. The world in which we live,” Thea said and looked at him and Meg, “is not the only one that exists. There is another, similar but not the same, that travels in parallel to our own. An unseen but strong force holds them together. Many centuries ago, our world was linked to the heavens but, over time, those passageways were sealed and others created in their place—doorways to another world through which travel is uncommon but not unheard of.”
She turned her eyes to Ally. “That world belongs to you.”
Ally stared, mouth agape, at Thea, and then dropped her head against the back of the couch. “A parallel dimension,” she said softly.
Thea nodded. “Those secret corridors allow the spirit gods to travel between the two worlds. But, an indiscretion has led to their use by other beings, causing the fabric that holds them together to become compromised. It has developed tears within the seams where the energy wavers. I do not understand why you made the journey, Ally, but it is not the first time a human has traveled between them.”
Thea gave an uncharacteristic sigh. “I am telling you this so you can understand what I am about to say. There are some who believe the ability to cross between our two worlds, despite the consequences, will give them great power. However, their greed will only serve to destroy us all.”
Liam got to his feet. “How long have you known, Thea?” He could understand the subject not coming up in day-to-day conversation, but why had he never heard so much as a rumor?
Thea shook her head. “Liam, are you so vain as to assume yours is the only world that breathes life?”
He began to pace. “I have never given it a thought—” His feet stopped. “If what you say is true, what makes you think Ally is from this other world?”
“I sensed it the moment I saw her. That was the reason for my trip to Podegar’s.” Thea pulled a washcloth from her apron pocket. “This is stained with the blood I wiped from Ally’s forehead.” She unfolded the rust-colored rag. In its center was an area where the blood was not visible. “Podegar poured tama juice on this. When the blood disappeared, it confirmed my suspicion. It is slightly different from our own.”
“That would explain it,” Ally said.
Liam looked at Ally. “How can you simply accept this?”
“You haven’t been listening,” she answered. “I told you I wasn’t from around here. You thought I was crazy. Trust me—I questioned my own sanity when I saw what happened today. People don’t change into animals where I’m from. Not literally anyway.”
“Ah, you know about the Shanyo.” Ally nodded at Thea’s statement.
“If what you say is true, Thea,” Liam said, “could the location where Corm and I found her be one of those passageways?”
Ally’s body tensed. “Yeah, why can’t I just go back the way I came?”
Thea’s expression washed over with sympathy. “The portals allow movement in a single direction. The one you traveled through leads into the forest, not out of it. In order to return home, you must find the correct one. It is true that certain spirits can travel at will between the worlds. The gods before us could do it quite easily. Yet, even then, the journey changed their powers, either diminishing them or making them more powerful. Certain objects are able to travel to and from as well. Some change. Some simply do not make it through at all.”
“So how do I find the right passageway home?” Ally asked.
Thea shook her head. “You traveled through unintentionally. Great care must be taken if you journey through again. I learned a great deal during my time away. The opening of certain doors can result in dire consequence. Almost seventy years ago, in your sense of time, a spirit traveled from this world and allowed Chaos to enter yours. It had also happened twenty-seven years before, with a similar result. Prior to your arrival, the last time someone from your world traveled here was three years ago.” Thea looked at him and Meg. “The time of the sickness that took your mother.”
Liam asked, incredulous, “Who would do such a thing?”
Thea looked at him but did not speak. Ally began to count on her fingers.
“What are you doing?” he asked her.
“The math. Seventy years ago was 1941. Twenty-seven years before that was 1914. Huh. I know those dates. We talked about them in Hist—” Her mouth dropped open. “Are you kidding me? World War I and World War II? Are you saying something from over here caused those wars?”
“I cannot say if the passageway was traveled before or after the trouble began. I do know that evil takes root when people have given up hope. I suspect the timing of such things is not chance but seen as an opportunity. I am sad to say, within the past year, the door into your world has opened again. Forces here tried to prevent that, to no avail. Tell me, is your world experiencing anything unusual… anything of consequence at the current time?”
Ally nodded. “Yeah. Wars and terrorism are spreading—there are tsunamis, earthquakes, and natural disasters. And oh, the world economy is about to collapse… to name a few ‘unusual’ things. Everything’s falling apart.”
“If your world falls, ours does as well,” Thea said.

CINDY SAUNDERS was born in Lowell, MA. She moved to RI almost twenty-five years ago and now considers the Ocean State her home. She graduated from Bryant College with a Bachelor’s Degree in Finance. When she’s not reading, writing, spending time with her two teenage children (how did that happen?) or working, Cindy tracks down one of her favorite local bands and enjoys a glass of wine. She completed her first novel, Double Star, a YA fantasy, in October 2012 and is currently working on the second book in the series.

Double Star is her first novel.


Phrase for today: Do you believe?