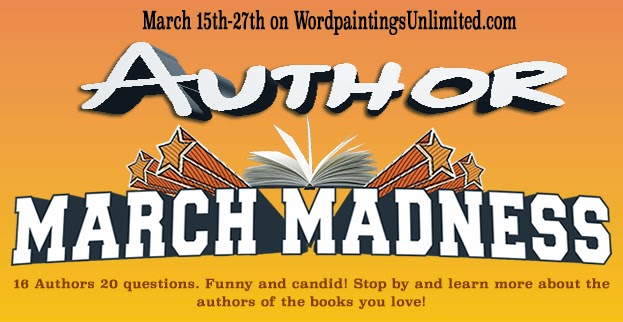 1. Can you tell us a little bit about yourself?

Hi Sherry, and thank you so much for the invite. I write under the pen name Camelia Miron Skiba. I was born and raised in the land of Dracula (and no, I did not meet Edward Cullen or his vampires ever). I moved to the US in 2003 following my heart and the man who stole it. When I don’t babysit faculty at Arizona State University I write a wide variety of romance from contemporary to ancient worlds, from military to new adult.

2. What do you do when you are not writing?
My mind is in a constant mode of creation, so even when I’m not writing I do think about writing. Reading is my second favorite thing to do. Add to that a hot venti Carmel Machiatto and you can hear me purr.

3. What is your favorite smell?
About a month ago I discovered a relative new perfume by Giorgio Armani (came out in 2013). It’s called Si and boy!, does it get my senses on alert. There’s a little bit of everything in it from vanilla to tropical fruits, to wood and a freshness yet sexy mixture I can’t explain.

4.  When did you first start writing and when did you finish your first book?
I began writing in the summer of 2009. Three months later I had the first draft (boy, were those characters in a hurry to leave my head; I guess my brain became too crowded). I picked the draft for Hidden Heart two more times afterward until the novel was published in March of 2011.

5.  If you had 24 hours to live, excluding spending time with your family, what would you do?
I’d probably record videos of myself for my unborn grandkids, my family, my friends and my dog. I’d binge on vanilla with almonds ice cream and drink Stella Rosa. I’d soak in the sun while outlining the stories I haven’t had the chance to write. Hopefully someone will be inspired to continue them.

6.  Do you ever experience writer’s block?
All the time. Especially in between novels. In the beginning I totally freaked out. I thought that was it, only one story and end of game for me. Now, after 5 novels I’m at the point I try not to freak out anymore (most of the times doesn’t work, but hey, at least I try, right?). The best thing to do is give yourself time. It’ll eventually come back, your muse I mean. If you’re stuck in one story, try writing another one. Something new it’s always a good trick.

7.  Do you work with an outline, or just write?
Not really. I know who the main characters are, how they get to meet and where they’ll end. Everything else comes down the road, one scene at the time.

8. What is your favorite kind of cheese?
Here in the States is Creamy Havarti. Back in Romania we had this amazing cheese made of cow milk that had the look of bulk Feta cheese but the taste so, so much different (I’m drooling just thinking of it).

9.   Is there any particular author or book that influenced you growing up or as an adult?

Growing up I read all the Balzac, Tolstoi, Dickens, Twain, Dostoyevsky of the world. Fair warning: don’t read any of them if you’re depressed; you’ll sink even deeper in depression, guaranteed. My fave author was Alexander Dumas. The Three Musketeers was the one book I’d re-read countless times.

10. Would I find anything growing in your refrigerator right now?You’re making an assumption that’s something in my refrigerator. LOL.

11. How would you describe yourself in three words?
3sss: shy, stubborn, sassy.

12.   Is anything in your book based on real life experiences or purely all imagination?
Mostly is whatever my mind along with the voices in my head concoct. But there is a part in my debut novel Hidden Heart where Tessa, my heroine is beaten up and raped. I had to dig deep in my own past to pull it out and describe exactly how it felt when that happened to me. The best part is that it did give me tremendous closure. Now I’m at peace with my past.

13. Who is your favorite author? Since most of you will probably say me ;) please tell me then, who is your second favorite author?
Unfortunately I can’t. There are a ton of authors that I admire and respect. If I only give you a name then I feel guilty. In no particular order there’s Margaret Mitchell, Nicholas Sparks, Christie Craig, Danielle Steele, Nora Roberts, Lauren Oliver. The list can go on.

14. What was your favorite part of writing and why?
I love beginnings and ends. Beginnings because it’s all fresh, my muse is pumped up and the voices loud and talkative. Ends because hey, I finally finished.

15.  Chocolate or Brussels sprouts?
Oh, pliiiz. Serve me a side of broccoli as well, would ya? Then slice my veins vertically to ensure deadly bleeding.

16.  What has been the toughest criticism given to you as an author?
Go to Goodreads, find my latest novel titled Me Tarzan—You Jane. Look for the review that’s made of pictures by a French girl whose name it’s too complicated to read. I wouldn’t call that toughest criticism. I would call it rude. Don’t get me wrong; I can take a lesser star review. I can take a review where the reader says the story, the plot, the heroes or whatever else sucked. But to destroy a book because some heroes ate at a certain restaurant or that they preferred croissants, or because Eiffel Tower is misspelled that’s totally childish. Sorry, my spelling grammar didn’t catch it or the two editors I had hired. We authors are humans, people. We pour our hearts and souls in those books. I’m not asking you to praise something that sucks. Just do it in a professional way.

17.  What has been the best compliment given to you as an author?
That I’m someone’s new favorite author.

18.  What is your least favorite smell?
Onions and Blue cheese. Someone please un-invent them.

19.  Do you have any advice to give to aspiring writers?
Write because you love it and not for the money. And edit, edit, edit. When you think you’re done, then edit again (or you’ll end up with a bad review because you misspelled Eiffel Tower).

20. Is there anything that you would like to say to your readers?
Thank you all who took the time to read what I had to say. Read a book because you love it. If it’s not what you’re looking for, put it down and move to the next one. Life is too short to waste it on books you don’t like.

Sherry once again, thank you for opening your blog to me. Love chatting with you, girl!

CAMELIA MIRON SKIBA~ OFFICIAL BIO
Who I was yesterday … I’m no longer today, nor will I be tomorrow. Each day I grow a little. I stumble, fall, get up, and learn something. I wish and dream and want and look to the future. Who I am is not important, but what I leave behind is.