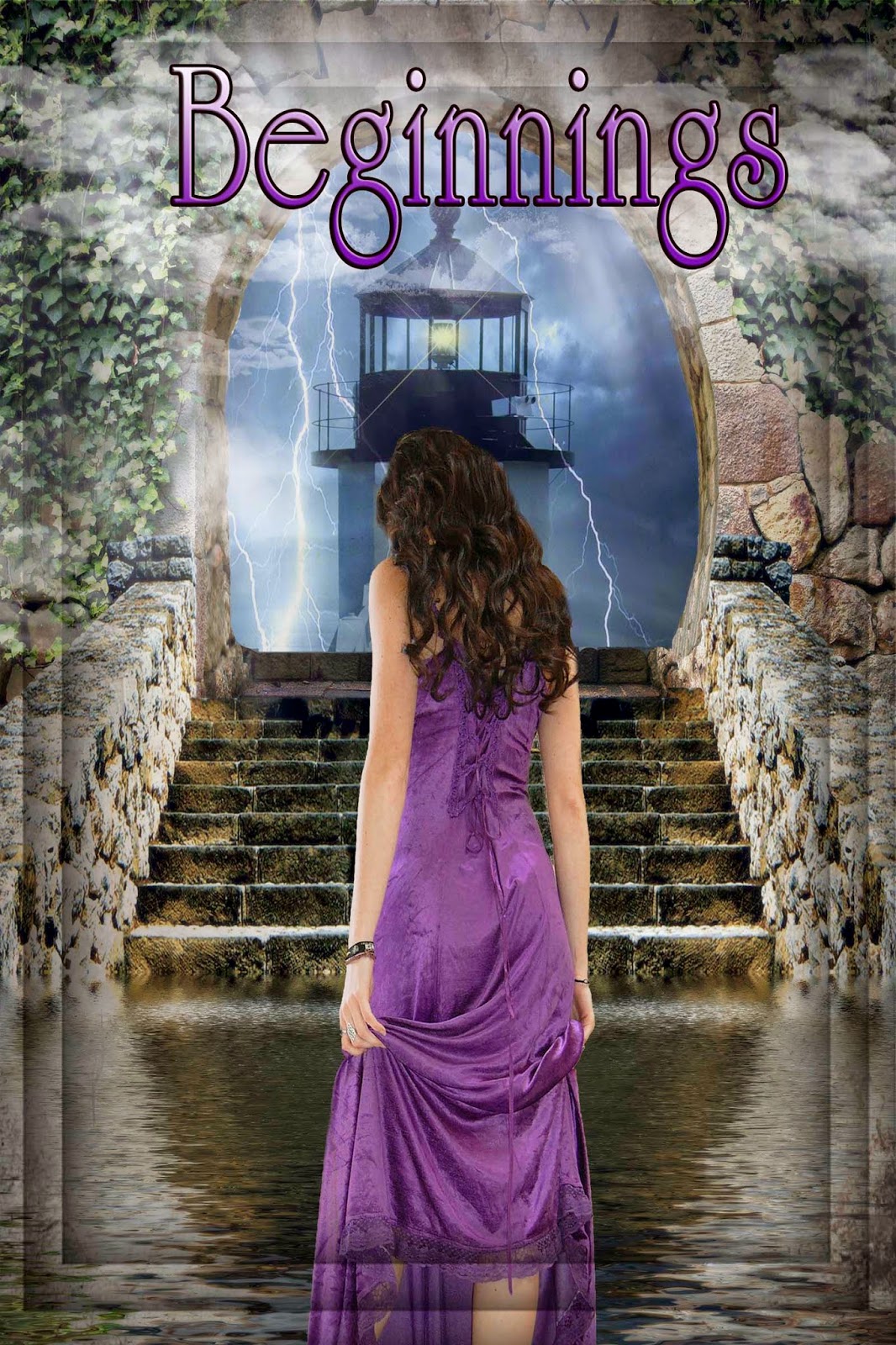 It's here! The winners to Creative Prose Publishing's "First Line" contest all in one exciting book for only $.99!
Four authors, using a famous first line from a classic novel, weave their own tales.

Find Beginnings here in both eFormat and paperback!

ENJOY THE SILENCE by Laurie Treacy
Young fae Zander only wishes to live in the human realm, and leave Ashwoulde behind. But his reckless actions in one night might forever change his world - and that of those who love him.
ETERNITY CRUX by Jamie CanosaAurelia and Sayer are on the run from the Legion, who would have them killed for what they know. In a moment of desperation, Aurelia is forced to leave Sayer behind, and manipulate the bounds of time itself to save him.

ELEMENTAL PRINCESS by M.M. Roethig
Kaesen, an elemental princess, lives on a distant star called Maia. She loves Alwen, but as her sworn protector they're forbidden to be together. Promised to a cruel man, Kaesen will do whatever is necessary to change the stars and be allowed to love her Alwen.TRAIN STATION: 3:00 P.M. by Candace Gleave
A ball of gold the size of a cow's eyeball and a man worth his weight in fortune bring together a motley group of criminals, all who will do anything and everything to obtain both treasures.

ENJOY THE SILENCE by Laurie Treacy: I can tell anyone in three simple words who I am: Young. Male. Fae.
After my mother passed, I added more words: Angry. Sad. Alone.
But I’m wrong. I mean, I am those words, yet I’m also something more. Much more.
And I discovered it all in a single night.

ETERNITY CRUX by Jamie Canosa: Time is not a line, but a royal pain in the butt.
“When are we now, Auralia?”
“I don’t know.” And I really couldn’t care less. That last jump had left me winded. “Does it really matter? They’re still coming after us.”
“Duck!”
A flash of blue light hit the wall directly behind me, whirling into an unfathomable vortex. They were coming.

ELEMENTAL PRINCESS by M.M. Roethig: This story has a beginning, one that starts at the end. And how, one might ask, do you start at the end? Tragically.
But through tragedy a person can find their purpose, their strength.
This particular story begins, or rather ends, on a distant star, named Maia, where a special race of people dwell. A people who control the elements of Mother Nature; Earth, Wind, Water, and Fire, and keep the planet Earth spinning in harmony with the universe.
They are Elementals.
For hundreds of years Elementals have watched over the planet. For humans, Elementals are a myth, a fairy tale. For Elementals, we are their purpose.

TRAIN STATION: 3:00 P.M. by Candace Gleave: All of this went down more or less like this . . .
“Two lousy gold coins!” Lily kicked at a dead outlaw. The ransacked room, shot to hell, had six dead outlaws with only two gold coins between ’em.
“Times is rough,” Dead-Tooth Tom said, scratching his tawny red beard. The shootout had lasted five minutes longer than he planned. He thought once again how badly he had to go pee.
“Barely covers the cost of ammunition and horse feed,” Lily said. She picked up a bullet casing and threw it at another dead outlaw.  “Well, heckfire!”
“I’ll be out back watering a cactus,” Dead-Tooth Tom said and turned to leave. “Let me know when you’re done moping.”