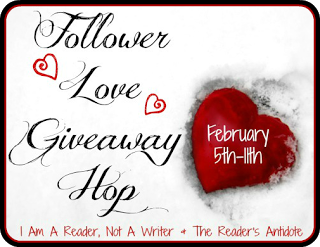 Hi! I'm giving away THREE ebooks today, all love stories, and I have a guest post by one of my favorite authors Camelia Miron Skiba!

***
First up: I Was Here-Before You Came, by Camelia Miron Skiba. Not only am I offering this wonder Historical romance by Camelia, but she has kindly consented to host a blog post for the giveaway (Scroll down to read it) 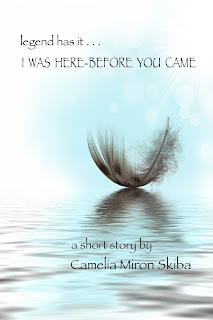 Synopsis: Legend has it … centuries after Spartacus another hero is born—Ilias, the bastard son of King Decebalus. Thirsty for revenge and eager to unshackle the Roman oppression, Ilias' obsession to fulfill his oath has no bounds, even if that means kidnapping Nerva, the beloved daughter of Emperor Traianus. What he doesn't know is his own heart threatens to betray his conscience. What will prevail: his mind or his heart?
Learn more about Camelia's work here: 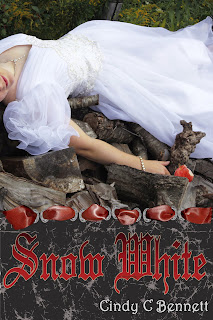 Synopsis: The death of Snow White's father has left her at the mercy of her stepmother Katarina. Katarina cares for one thing, and one thing only: herself.

Vain and arrogant, she sends Snow into the forest to be killed. Snow manages to escape and hide herself from the murderous Hugo. After wandering for days, lost and hungry, she stumbles upon Fableton, an enchanted village created by Katarina to entrap Prince Philip after he spurned her.

Philip has been unable to leave Fableton for half a millenium. Snow White just might be the one spoken of by a fairy who promised the day would come when a girl, pure of heart, would be able to break the curse and free the inhabitants of Fableton.

But is Philip willing to risk Snow's life to gain his freedom? Snow does the thing no one has ever been able to do before - leave the enchanted village. Her only hope of winning freedom for not only the residents of Fableton, but for herself as well, is to defeat the evil and powerful Katarina.
Find more about Cindy's works on her blog: 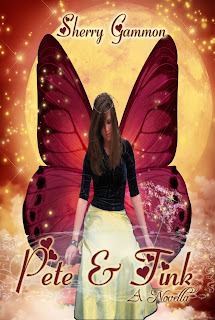 Synopsis:
Pete Pancerella loves two things in life: Video games and Spongy Cremes.
He’s happy, content, and he’s also a geek.
All that is about to change when his mother wishes upon a star and Tink answers the call. But will it take more than a five-and-a-half inch faery to whip this manga-loving goofball into shape?


Don't swim in that water—it has algae!

Wanting to lazily spend my Sunday by the pool, reading and soaking in the sun, my husband burst my bubble, telling me the pool can't be used because of algae. To me the water looked clear as the summer sky, refreshing, inviting. A little bit of green around the edges, green I don't see unless I bend over the pool's lip.
Algae? Don't use the pool? Let me tell you about water with real algae. Water so murky that you couldn’t see your palm beneath its surface, let alone the rest of your body. Water used to water the corn and wheat fields, quench animals' thirst, and launder ragged rugs. And yet, I spent many, many summer swimming in such waters. Looking back I wonder what was I thinking? I wonder what angels and saints and other celestial creatures protected me from getting sick, ever. Dodged the bullet? More than once, more than one. But at the time, it was the highlight of our vacations spent with Mama's relatives in a small village called Rasvani, about an hour and a half southeast of Bucharest.
As soon as summer vacation began, our parents schlepped all three of us to Mama's Aunt Floarea. For ten weeks all we've done was to play in dirt, swim in murky water and shed a few layers of skin until the sun had nothing else to burn. We climbed trees and ate fruits plucked straight from the branches, used newspapers instead of toilet paper and ran barefoot, stopping only to pull another thorn from our heels.
We prayed before going to bed, but I have to make a confession—I prayed not for God’s forgiveness, but for the horde of mosquitoes to bite everyone else but me. We slept six in a bed, packed like sardines, giggling at Aunt Floarea's threat to kick us to the chicken house if we continue misbehaving. We waited in line for a mug of steaming, sweet milk as Aunt Floarea's skilled fingers wrapped around the cow's teats. We shared our milk with tick-filled kitties and stole blind puppies to be our pets.
We all drank from the same metal can hanging on the well's pole by a tattered rope. We frantically waited at the street corner for Uncle Dita to return from the lake with a bucket filled with fresh-caught fish—the more hunched he walked, the more fish he carried and dinners those nights seemed regal.
And yes, I'm still alive. And yes, I'm swimming in the algae water, but don't tell my husband. He'll have a fit.

a Rafflecopter giveaway
Posted by Author Sherry Gammon at 10:14 PM