My author friend Susan Key Quinn had an incredible book trailer made for her new novel Mindjack. This is probably the best, most professional book video I've ever seen. They did a masterful job with it. Way to go, Susan! The book looks amazing!

To celebrate the release of the trailer,
I'm putting Open Minds on sale! 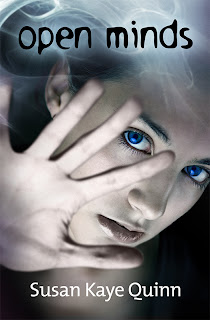 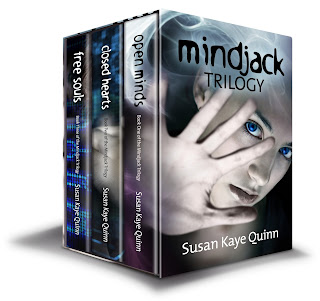 An EXTRA SPECIAL THANKS to everyone involved in making the trailer a reality, including Director Beth Spitalny, Producer Angel Acevedo, Director of Photography Lance Kaplan, lead actor Nikki Flemming (Kira) and the many fine actors, crew members, and post-production staff who donated their time and talent to the project. For the making-of the trailer, see the Mindjack Trilogy website.

Susan Kaye Quinn is the author of the bestselling Mindjack Series, which includes three novels, three novellas, and a trailer. She's currently writing a steampunk fantasy romance, just for kicks. When that's out of her system, she has ambitious plans to embark on a series about the Singularity (the time when computers become more intelligent than humans) that should appeal to fans of the Mindjack novels. Or possibly play on Facebook all day. Could go either way.

Posted by Author Sherry Gammon at 11:43 AM