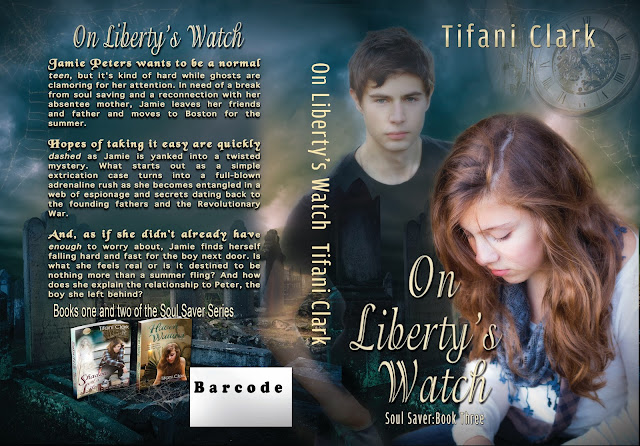 I wanted to share the creative process... for me anyway...in creating a cover. Author Tifani Clark contacted me to create a cover for her new novel On Liberty's Watch. I was thrilled. She already had the girl in mind for the cover because it was the girl used on the two other covers in her series titled Soul Savers.  She sent me a picture of the guy she wanted to use and gave me a rough idea of what she wanted, then said what every cover artists dream to hear: Feel free to change it up!
Freedom! I have had people who micro manage their cover so much any creative juices are squelched. The covers are...boring! So please trust your cover artist! If you have reviewed his/her work and like it enough to hire them, then trust them!
That being said, a good cover artist listens to the author also. As I mentioned, Tifani sent me some pictures of the guy and girl she wanted and the watch. The picture of the watch wouldn't work and we went through a couple different ones until we found one that did. The original picture of the girl was of just her head. Not good. It looked like a floating head! I hunted down another picture of the same girl but with her full body. I presented it Tifnai along with several drafts of the cover to choose from and together we chose the things from the different covers to create the "perfect cover" for her book.
At the last minute as I was cleaning everything up, I had a brain storm to switch things around so the front and back cover on the paperback flowed as one big picture. I then added other elements like colored clouds, a few spider webs, and even a spider! See if you can find it.
Here are some of the pictures I used, along with elements from others: 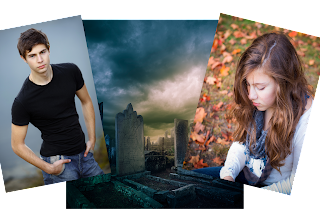 In the end this was created: 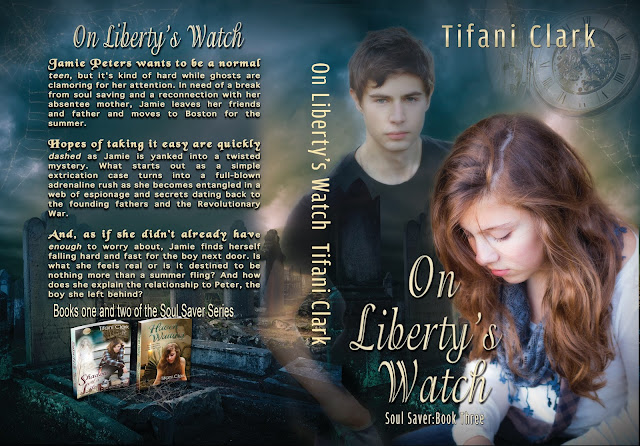