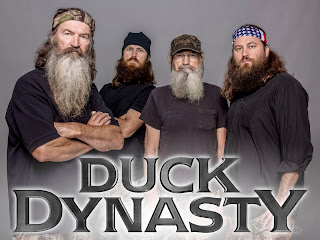 I have a new guilty pleasure! No, I didn't give up Diet Pepsi or chocolate. I've added to my list of vices! The show is called Duck Dynasty.
In case you've missed this jewel, here's a description in a nut shell:

Duck Dynasty is a reality television series on A&E. It shows the lives of the Robertson family, who became wealthy from their family-operated business, Duck Commander, operated in West Monroe,Louisiana, which makes products for duck hunters, primarily theduck call named Duck Commander. The Robertson men, brothers Phil and Si, and Phil's sons Jase, Willie, and Jep, are known for their long, flowing beards.( Thank you Wikipedia!) 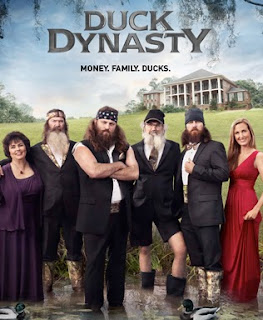 The show features not only the hairy Robertson men, but they often bring on the wives and children. The father's brother Si also adds to the comic relief! I absolutely LOVE this show. We tape it every week, then sit as a family and watch. These are real down-to-earth people and it's hilarious. It is one of the few shows on TV you can watch as a family anymore, and for that I am doubly grateful. It makes the show all the more enjoyable. Take a peak!! 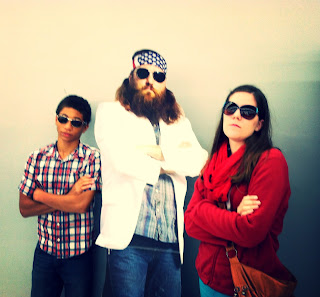 Here is Willie, with two of my favorite peeps (my son and daughter). Have you seen the show??  Take a peak!!

So tell me, what are some of your guilty pleasures?

Posted by Author Sherry Gammon at 9:00 AM